First off the scent is delicious! A very sweet, warm, buttery vanilla scent. And it lingers around which is also nice. The feel if the lotion is very luxurious..not too thick or light/watery it's just perfect. Absorbs very well but not very fast but I have no complaints about that. It has great ingredients and no mineral oil or petroleum jelly! I will repurchase!!!

I love this lotion, mostly because it smells exactly like Aquolina Pink Sugar perfume and it's the right balance of moisturizing and not slimy. The fragrance is noticeable but not loud or headachy and it lasts a long time. The lotion doesn't really exfoliate or firm but it's non-irritating, even on freshly shaved legs, and it keeps my scaly skin looking and feeling soft and smooth for a full day. The bottle is huge and the pump is convenient; the only downside is that you can't get at the last ounce of product without taking apart the bottle. It's fairly inexpensive, especially compared to "perfume" lotions, and it's often on sale and coupon-eligible at Ulta, which is the only place I've found it.

While I avoid fragrance in all my face products, I do enjoy scented body butters and lotions when the scent is this good.

I love vanilla, and the vanilla scent in this is strong. If you're not into foodie scents, run away. I bought this mainly because I wanted a vanilla-scented body lotion that wouldn't break the bank.

I've had this 32-ounce pump bottle for several months and even with daily use, it is still more full than empty. Purchased at Ulta for ten dollars, and it was buy one, get one half off. It is supposed to serve 4 purposes: exfoliate, hydrate, nourish, and firm.

"Firming" refers to the caffeine in it, which is a common ingredient in a lot of lotions that attempt to combat cellulite. Honestly, I can't tell if it has any effect on cellulite. Mine doesn't look any worse, I'll say that, but I don't know if I have less of it. The caffeine does have an "invigorating" feel, so I love to put this on in the morning to help wake me up. Is this healthy? I don't know. Feel free to debate this issue while I sip my Starbucks.

As far as exfoliating, it might be doing this but certainly not to the degree of flaking or peeling. I use BHA lotions occasionally and even AHA lotions occasionally. It's less potent than that. My skin looks better with this lotion than without any lotion. Beyond that, I'm not really aware of what it's doing. Again, I bought it for the nice smell. And it was a bargain at Ulta. I also appreciated seeing "no animal testing" on the label.

Moisturizing, yes! It contains coconut oil, glycerin, shea butter, sweet almond oil...there is a nice albeit subtle sheen to the skin after applying it. Not greasy at all. Absorbs well. If you want something creamier or oiler I suggest a body butter from The Body Shop. This dries pretty quickly so, again, I love it in the morning before getting dressed.

"Nourishing" refers to some antioxidants that are included in this formula. Cool. Sounds good to me.

Because this does have a strong vanilla scent, I don't wear a lot of other perfume with it. If you wear EDT or cologne, I suggest a light spritz of the light foodie variety over this (Jo Malone's gourmands, for example) rather than Chanel No. 5.

This is a good lotion to use in combination with one of the tropical scented self-tanners as it won't clash with the coconut or fruity fragrance they use to mask developing DHA. I used it with a spray from Fake Bake and did not observe any tell-tale tanner smell.

All in all, I think it has been a good value and I would definitely buy again. Of the C. Booth fragrances, vanilla is my personal favorite. 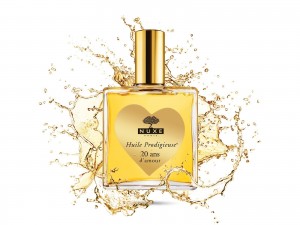