Greatest face cream out there. I have used it for over 20 years.

Great product. I have used it for 20 years.

Great product. I have used this for many years. Have tried other ones but they are just not as good. Will use this as long as it is available

I used Regenerist for many years and was very happy with it. The new formula is a total disappointment and, like other reviewers, I will not buy it again.

Best face cream I have found. Have used it for many years morning and night. Have tried others and had allergic reactions. I have sensitive skin and never had a problem with this brand.

i couldnt believe that this was actually a really good product for my dry skin, i was hoping for some oil like one person posted, but there was none, but it was the only way for me to try it...i was very happy, i sometimes go with avon and dhs, i will try this again for certain ..summer my skin is very dry from suntanning, winter im more oily ....

Wow! I thought it was only me who had problems with this "new and improved" (yeah, right) new version. I've been a faithful user of the Perfecting Cream for a long time, and recommended it to many of my friends...but no more. This new version smelled bad, was way thinner, and peeled right off my face before I could put my foundation on. So disappointing. I had to scramble and find a new daytime cream, and ended up using a Lumene product. Not half as good as the old Regenerist Perfecting cream, but at least it feels and smells good, and doesn't peel off. Bring back the old version PLEASE, Olay!

I have used this product for years and LOVED it. However they have changed it. It smells strong and is greasy on my skin. I only buy the old version

I've been using the Olay Deep Hydration Regenerating Cream for more than 10 years. I have loved and told all my friends about this lotion. Well, it was time to purchase another jar, and I saw where the box said it was an "improved" formula. I was hesitant, but after using this specific Olay product for over TEN YEARS, I thought to myself, there's no way they'd mess with success. Few times in my life have I been this wrong. So I'm not just a beginner here. As long as I've used this product, this is a seasoned opinion/review of the new formula compared to the original:1. The consistency is thinner and not as creamy, and it just doesn't feel as good when you apply it.2. It leaves my skin feeling slick and greasy instead of soft and moisturized. It makes the skin so slick and greasy that I had to wash my hands after applying it to my face because items were actually slipping out of my grip while they were still in my hands. Truly, I'm not exaggerating here.3. It starts peeling off after a couple hours. So if you scratch the skin on your face, there will be some under your fingernails. Or if you rub the skin on your face too hard, there will be little balls of it on your fingers. When I emailed Olay to complain about the new formula, their very friendly reply said that this could happen if you apply too much of the cream. Well guys, I applied the same amount of the original formula for over a decade, and I never had that problem before.4. It STINKS! So ok, I've smelled worse things in my life. But compared to the original formula, it stinks!In a world full of products that constantly feel the need to change or update, I thought Olay was the one product I could depend on. If they wanted to offer an improved version of the Regenerating Cream, I thought at the very least they'd have enough sense and COURTESY to their customers to offer both versions of it. Olay has multiple different product lines, and within each product line, they've got the day cream, the night cream, the cleanser, and so on. So why couldn't they have kept the original Regenerating Cream and released the new formula as the Regenerating "Pro" Cream? Would that have been so hard?I'm even willing to admit that there are probably people in the world that DO like the new formula. But again, where is the courtesy to longtime customers like myself (and many others from the reviews I've been reading) who like the original formula? And the new formula might, in fact, really be an "improved" formula that's better for your skin. But whatever the new pros may be, the cons far outweigh them. At least in my opinion.On a side note, I bought the Equate store-brand version of the Olay Regenerating Cream. It's nowhere near as good as the original formula, but it's MUCH better than the new formula. And that's just sad. But until I find another product I like as well as the original formula, I'm going to use the store brand. For all I know though, the store brand is still basing its ingredients on the original formula at the moment. So the store brand might also be a problem at some point in the future. But unless Olay decides to start offering the original Regenerating Cream formula again, it's even more sad that they've lost an over-a-decade-long, devoted customer. 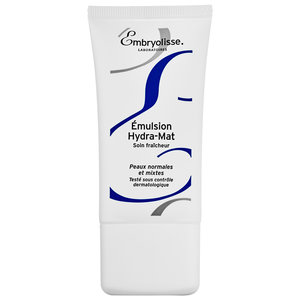